We are living in a time when time is of the utmost importance in most think we do; manufacturers are looking to automation to speed up production and reduce labor and other overhead costs.

The woodcarver is facing a similar dilemma, the overhead costs must be reasonable in order for him or her to earn a living wage and put aside a little for retirement.

One tool that has been a blessing to wood carvers was not designed for that purpose; chainsaws were first designed for the timber industry, later used for cutting ice.; the first chainsaw like tool was built around 1830 by the German Bernhard Heine; nothing like the modern day chainsaw; and you will be amazed for what purpose

The chainsaw closest to what we know today, was built by two Scottish Doctors in 1780 to make the removal of pelvic bone easier and less time consuming during childbirth. . -Symphysiotomy; (a surgical procedure in which the cartilage to the pubic symphysis is divided to widen the pelvis allowing childbirth when there is a mechanical problem.) Wikipedia.

Sometime later the chainsaw was used for other bone-cutting procedures and amputations.

A total change brought about the use of the chainsaw as a powerful woodworking tool for the timber industry.

Originally the chainsaws, operated by gas, were heavy, 125 to 140 pounds and required 2people to operate them. 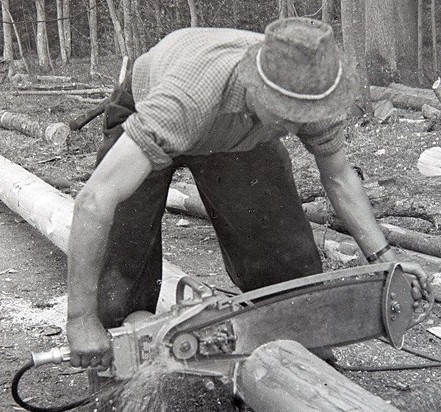 The first Stihl chainsaw was designed and hand built by the German Andreas Stihl in 1926; Today Stihl, whose headquarters are in Waiblingen, Germany, is owned by the descendants of Andreas Stihl and has the reputation of being one of the world’s best-selling brand of chainsaws. Stihl also produces other notable industrial equipment, like, string trimmers, leaf blowers, cultivators, construction tools augers and drills.

There is some claim that Muir, from California was the first man to combine a chain with a blade to be used in the logging business, because of its weight it required a crane and several workers to operate, thus making it a commercial failure.

There was also the Hamilton saw 1861 similar in design to American riding developed in the 1880s.

The inventor of the modern mobile gas powered chain saw is Joseph Buford; we also had the Atom industries in 1972. 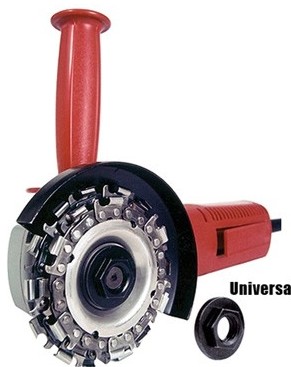 I still own a Makita electric chainsaw without the kickback technology.

The latest know invention in the chainsaw earns is the Lancelot, designed to use with a 41/2 inch angle grinder.

The chainsaw today is used to create total sculptures, fast and rough, a category of its own; but for an artist whose trade marl is a smooth finish, the chainsaw removes unwanted wood very fast.

My uses of the chainsaw

3. Carve inside of large bowls and platters

The Lancelot removes wood from smaller work just as fast or faster than the chain saw, and facilitate more intricate designs. These tools certainly allows me to earn my self prescribed minimum wage as an artist.

13 thoughts on “The unbelievable Woodcarver’s Tool”