I have always thought the oldest known artifacts or tools were made of stone- dead wrong! The oldest known artifact in the world was made of wood. It is the wooden thrusting spear found in Schoningen, Germany, about 400.000 years ago, which according to my reckoning was prior to the stone age. The date has not been confirmed and there are still unanswered questions.

Thee spears were made to hunt animals from a safe distance, and are said to be equal to today s javelin. the spears were discovered in 1995 by Hartmut Thierme (The oldest stone tools is believed to be 3.3 million years old ( Smithsonian)

It is no surprise that the stone tools were found in Africa and if one follow the history it is evident that the African ancestors migrated through Europe.

Wooden spear 400.000 year discovered in 1995 by Harmut Thieme in Schoningen, Germany. Three wooden spears were found along with stone tools. the spears are currently the oldest known wooden artifacts in the world.

Lomekwi Stone tools. 3.3 million years -Hand made stone tools found in West Turkana, Kenya; unearthed at lomekwi 3; an archaeological site in Kenya, once believed to be the oldest artifacts in the world

Oldowan Stone Tools-2.6 million year sold -hand made stone tools found in Gona, Ethiopia, up until 2015were believed to be the oldest stone tools ever found; the first Oldowon tools were discovered by paleoanthropoligist/archaeologist Louis Lekey in the 1930s.; the tools were around 1.8 million years.

SKhul Cave Beads 100.000 years old; found in Skhul Cave in Israel thought to be the oldest pieces of jewelry created by humans. the shells were from the sea

Bone Flutes – bird bone and ivory 42.000 to 43.000 years old; scientists believe the bone flutes are the oldest musical instruments ever found in the world.

Skhul Cave Beads 1000.000 years old; found in Skhul Cave in Israel thought to be the oldest pieces of jewelry created by humans. the shells were from the sea 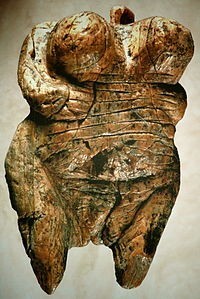 Ivory Sculpture Lowenmensch Figurine) (Lion-man of the Hohlenstein-Stade-35.000 t0 40.000 years old, found in the Hohlenstein-Stadel Cave, Swabian Jura, Germany, reported to be the oldest known piece off figurative art in the word I was first discovered in 1939 by geologist Ottp Volzing at the Hohlenstein- Stadel cave. World war two interrupted the research for 30 year Archaeologist Joachim continued the reconstruction when more fragments were discovered in 2009 the almost completed sculpture now sits in the Ulm Museum.when more fragments were discovered .

Ivory Sculpture -The Venus of Hole Fels. Between 40,000 and 35,000 year discovered in 2008 in the Hole Fels cave by an archaeologist team led by Nicholas J.Conard -Schelklingen Germany;

The Dropa Stones.sometimes called the Dzropa Stones 12,000 years; discovered in 1938 by an expedition led by archaeologist Dr. Chi PU in the Bajan- Karu – Ula in China, Nine inch diameter stone discs with a circle cut into the centers, and an obvious spiral grove composed of tiny hieroglyphics which revealed an amazing story of space ships, that crashed into the mountains, piloted by people who called themselves the Dropa.

ThIs was the conclusion of the Chinese researcher in charge, who went off in self-imposed exile in Japan. Russian researchers attempted to assist in further studies, but research was discontinued without an explanation. or it was not made public. (ZME Science.)

The London Hammer. Encased in a 400 million year old rock. Discovered between 1934 and 1936 by Max Han in London

Questions Questions, the hammer head was 96% iron, This predates the iron age. There are still unanswered answers and no confirmation.

Did the Tool get Stuck in an ancient rock by some scientific process?

Were there visitors from outer Space? Aliens on earth?

Did our African ancestors travel to Europe, and how?

Why were the Supposedly African artifacts found in Germany? What was the map of the world like in that period.?

3 thoughts on “The Oldest Known Artifacts”