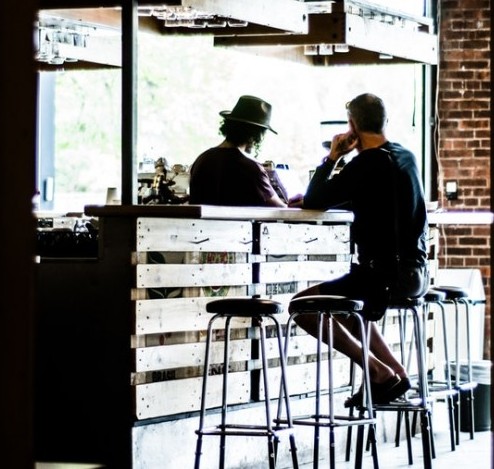 Do you remembers the barman I hired?, the one that I had encountered in the Tourist Trap, the one I angrily told he should be a slave all his life, my first challenge in the Beer House had his fingerprints all over it.

The Restaurant was doing well, the food was attracting more and more Bridgetown office workers, the reggae music was attracting workers who lived near Town and did not rely on the buses for transport, or they owned their own vehicles Bridgetown in those days was a ghost town at night, but I kept the restaurant opened until 11 pm mainly as a bar with good rhythmic reggae music; some of my old school friends started to become regular afternoon and evening customers.

One school friend who was now a practicing lawyer was causing me some serious concern; he would visit the restaurant before going to the office in the mornings, purchase a bottle of rum, have a couple drinks from it and returned in the afternoon to continue drinking from the bottle; he would continue to perform the ritual until the bottle was finished.

It was my daily routine to have lunch in the restaurant and then leave for the workshop. Collect craft purchases or spend some time in one of the retail outlets. One day after lunch a friend told me he thought the barman was feeding his family from the restaurant daily.

A plan was hatched to try to catch the cheater in action. I wore a beard for years going back k to my college days. The beard would be shaved and was always handsomely trimmed. None of the six staff members knew me before I left Barbados and none of the had ever seen me without a beard; It was a painful emotional experience, but the beard was trimmed for the first time in over five years.

One of my friends was invited for lunch and was to remain with me for the better part of the afternoon; The plan was m friend was to undertake all the ordering; because my voice would be familiar to the staff. Lunch was ordered and after lunch we sat, listened to music and ordered some banks beers.

The three family members entered, were served lunch and drinks and after exchanging friendly words with the barman left without being offered a bill or being asked for a bill; This would only mean that both waitresses knew of the arrangement.

We had had a few beers and I did not wish to be intoxicated, I decided it was time to let y voice be heard, so I ordered the last two beers. “I know that voice, Mr Devonish?”

“Yes it is Mr Devonish”

“Oh OMG you saw everything”

After work, I had a heart-to-heart talk with the barman; he was a good barman and interacted well with the customers; I was not interested in how long the practice was going on for ; I asked him to use his conscience and pay the restaurant what he thought was an appropriate figure.

This led to another eye-opener; he suggested a figure and I did not question it. the arrangement was in exchange for him keeping his job.

“Please do not take it from my wages; I’ll pay from my tips.

“This is a small restaurant and most of our customers are office workers, I can’t imagine they are big tippers”.

“Sometime when guys are drinking at the bar, they will offer to buy me a drink; you see that bottle up there, that is soda water and angostura bitters, when they buy me a drink, I drink that and charged them for a gin or a scotch, and take the money from the cash register. That incidentally is every barman s secret, the take home pay could be larger than the tips.

The system worked, the money was paid back, the barman kept his job and future family lunches were financed from his tips and money for drinks offered.