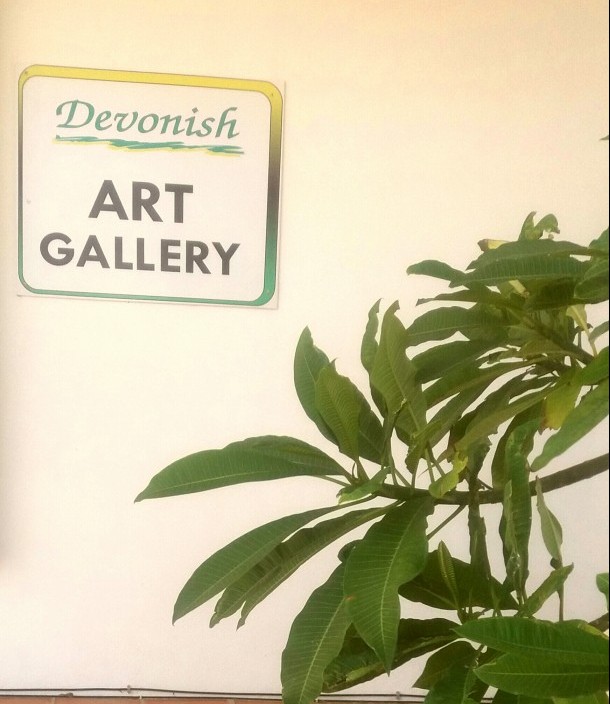 The First and longest running Art Gallery in Anguilla.

During the eighties I was hired as a ceramic consultant by a Canadian Overseas Aid program (CTAP); The job included scouting clay deposits, conducting training workshops,sourcing Canadian equipment,raw materials ,and preparing reports for handicraft development in the various Caribbean Islands.

One such assignment was to the Island of Anguilla, I know this is hard to fathom, but as a resident of the Caribbean Island of Barbados, I knew more about England than I did of little Anguilla.

My only recollection of Anguilla was reading the headlines in the various newspapers when I was still a student at Teachers College in England-“The Mouse That Roared”.

The first trip to Anguilla was a memorable one, there were no direct flights to Anguilla, There was a flight with multiple stops on the route to St.Maarten, then a five-minute flight in a small plane to Anguilla.

Behold when I reached immigration, the officer spoke French and little English, I could hear myself muttering; ”I thought Anguilla belong to the British”

By the time we discovered the mistake, the small plane was taxiing down the runway, “ for heaven’s sake, there were only nine passengers on board, he can see everyone, surely he knew how many passengers were going to Anguilla”

I argued with the immigration officer.

The long and short of the story, the welcoming crew from the National Council of Women collected my luggage and pondered my non- arrival.

In the meantime, there were no more scheduled flights to Anguilla, and I could not afford the rates the hotels were charging. Luckily there was a pilot who was on a charter to pick up passengers from Anguilla, his airline ticket was cheaper than the hotel rates, so I arrived in Anguilla on a charter flight from St. Barts.

The Immigration officers in Anguilla were prepared for my arrival, and made arrangements for me to be transported at the one and historic guest house- Lloyds – I can still remember my reaction at seeing the old time “icy hot” flasks on the dining tables.

My first reaction after spending a few days on the Island was, “where are the trees” There was a marked absence of large trees, just shrubs, except for a few mahogany and Tamarind trees; but there was an abundance of light pink flowering small white cedar trees.

I later learned that until the late sixties Anguilla had no electricity, they burnt coals for cooking, thus depleting the trees.

Anguilla had the most beautiful beaches, there were less than 15000 inhabitants, nearly all the businesses were locally owned, they owned the land, and the island was peaceful and not crowded like Barbados.

As Cupid would have it, I fell in love twice, first with the Island, and then with One of my students from the National Council of Women.I am proud to say we produced a beautiful daughter,who just graduated from Birmingham UnIversity UK,with a PHD in Clinical Psychology.

We were married in Canada in 1988 and returned to Anguilla, and opened Anguilla’s first Art Gallery, The Devonish Art Gallery is the first and longest running gallery in Anguilla.

When I arrived on the Island there was mention of an old artist, who painted on substandard materials, Efforts to find him or some of his work were fruitless. I am not sure if any of his work survived; if it has, the Heritage museum should try to acquire them.

There were also stories of the carving brothers, who moved to St. Thomas. I did see samples of their work, but I am not surprised they gave it up. After 30 years in Anguilla, I don’t think I could survive one month on local sales.

One artist from that era is still on the scene, an excellent artist, but is embarking on other commercial interest to support himself. There is absolutely no effort on the part of the government to encourage a career in art for the youth.

We also operated the gallery from the oldest commercial building on the Island, that once housed the historic Cotton Gin, which is now housed at the Heritage Museum; hence the name- Devonish Cotton Gin gallery. 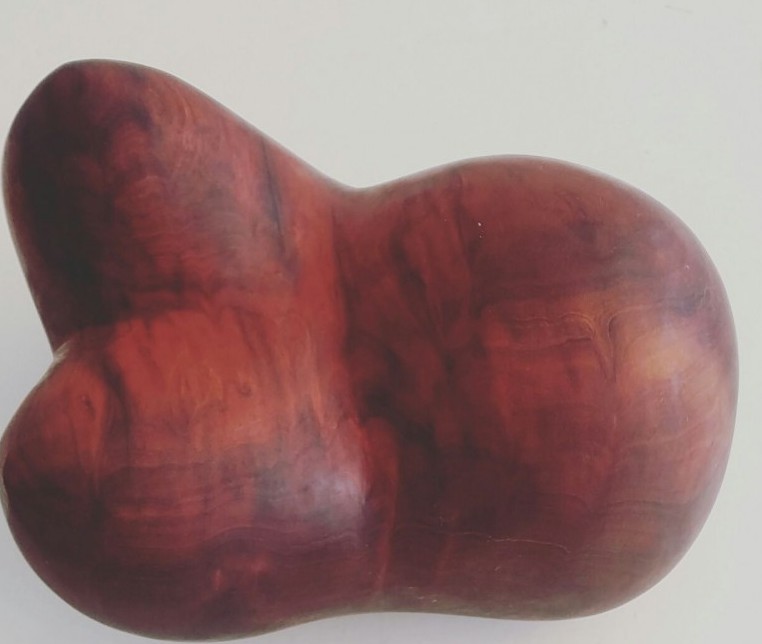 The Devonish Cotton Gin Gallery operated from a building owned by two different owners separated only by a partition; on a point of interest, part of the lease agreement included a clause that I was responsible for the insurance of the building.

No company would insure the building, until after a debating argument with one insurance company.

“Which is the oldest building on the Island, how many hurricanes did it withstand; were it ever destroyed by a hurricane?” I argued.

“ Come to think of it, you are right” said the manager of the insurance company; at which point he did insure the building.

There were some unforeseen circumstances that forced me to sell the lease to another gallery owner.

The building is still standing after the worst hurricane in the history of Anguilla. The building did suffer some damage due to the weakening of the building by one occupant; but it was still easy to repair and is still occupied as the oldest standing building in Anguilla. It was a crime to remove the cotton gin from the building, but grateful that it was saved from the Dump.

Ceramic production on a limited scale is still carried on by students from the first ceramic training workshop; ceramics is now taught in schools and the local community college.

Unfortunately, lack of interest, foresight and poor planning, the craft shop,and ceramic workshop with equipment was demolished by the then Government, with a promise to rebuild on another site.The premises was built by the Canadians as a gift to the National Council Of Women.

A decade has passed and the promise has not been kept; It is time the National Council of women demand that the Government keep its promise, and carry out one of my recommendations from the report-a report financed by the Canadians and cannot be found.

The report suggested that the government strongly encourage every hotel on Island provide a small retail space for the sale of local arts and crafts, in the interest and well-being of the generations of school-leavers to come.

What are your leaders doing to encourage a sustainable career in Art?

20 thoughts on “My Place In History-Anguilla”