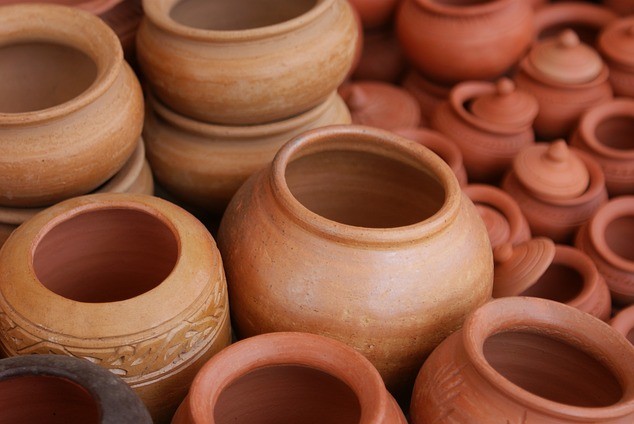 Learn from the experiences of others.

A partnership can be a leaky ship.

Over the 50 years I have been existing as a Fulltime Artist and Entrepreneur; I was privileged to enter several business partnerships, and was forced to enter one.

The experiences were mostly painful and unsuccessful; but it would be remiss of me not the mention the one happy and successful partnership and friendship that still exists to a limited extent to this day; hampered only by distance.

I used the word friendship, because it is highly likely that any partnership arrangement will be with a friend, probably eight or nine times out of ten.

When you are operating in a Tourist destination, in an environment where Art is relatively new, reaching local customers can be a challenge. That was the case with both with us, which prompted some thinking outside the box.

Our largest and most popular department store was located in the main city of Bridgetown, there was a restaurant on the third floor, next to the furniture department; the restaurant was also popular with locals and tourists alike; the prices were affordable and local favorites were on the menu.

The lean business period for the furniture department was during the sugarcane season, commonly referred to as the crop season; which on the other hand was a busy time for tourists and disposable income for the locals, plus most city office workers ate their lunches at the restaurant.

A request was made to the managing director to allow us to host a joint exhibition of our work in approximately 500 to 800 square feet of the furniture space next to the restaurant. We offered a 35% commission on sales to the store; we offered to be present ourselves; or one of our workers will be present as sales persons, but the purchases will be handled by one of the cashiers from the store.

The first exhibition was so financially successful that the exhibition became an annual affair, and changed the management’s perspective on local arts and crafts; so much so that it became part and parcel of the store’s merchandise.

We were all very surprised by the response of the locals; many of them did not frequent our retail outlets, but they were familiar with our work; they had seen it in hotels, restaurants and many of the villas and establishments where they worked.

The often repeated comment was “We have seen your work and liked it, but we never thought that we could afford it”. The exhibitions were the most successful exhibitions we ever hosted, both in attendance and sales; as a spin-off we were invited to host similar exhibitions in one of Trinidad’s largest depart sores at the time.

The same problem now exists in Anguilla; there are no department stores in Anguilla, one of these days I plan to engage a supermarket in the idea.

A Partnership That Left A Sour Taste In My Mouth.

An English investor approached me as the CEO of a small ceramic production enterprise, and made a proposal to expand the operation with him as a partner; I informed him that I was not interested.

Days later I received a call from the Minister of Trade asking me to reconsider the investor’s offer; I told him also that I was not interested; at which point I was invited for discussions with the Ministry of Trade; what they relieved was disturbing and very political.

The options on the table were hard to ignore; the ministry was planning to grant a Duty Free License with incentives to the investor; they were aware that another production operation would hurt my operation, and they were trying to avoid the political fall-out.

If I had done some research I would have called they bluff; but it was another mistake made. The ministry advised me to form a partnership; because they were prepared to grant the duty-free status to the investor with or without me.

A partnership was formed, which did yield some interesting developments. The new operation build a state of the art 160 cubic feet natural gas kiln; with one powerful burner that circulated air throughout the kiln for fast cooling. I must admit I was excited because of the new technology and increase production.

The sad discovery was that the investor knew nothing about pottery, and had no experience about producing ceramics, beyond researching the new gas kiln. It was not long before there were challenges in the working relationship.

One day there was a visit from an important local businessman, who unashamedly announced that he was approached by the partner to purchase my shares in the company; but he would only purchase the shares if I remained as production manager. My daughter also tells strangers to beware of my laughs, because I do laugh when I am very angry.

My laughter did puzzle the local businessman, when he was informed that I did not offer my shares for sale, furthermore there were no discussions with my partner about selling my shares; plus I had no desire to work for anybody but myself; he was more puzzled. The relationship between my partner and myself became unbearable.

I walked away from the company and reopened another ceramic studio; The partner tried to continue the joint operation without my assistance, and the business eventually failed.

The self-owned ceramic studio remained in operation until my migrating to Anguilla.

That experience should have been enough to teach me the difficulties of a partnership, but I did it again and again.